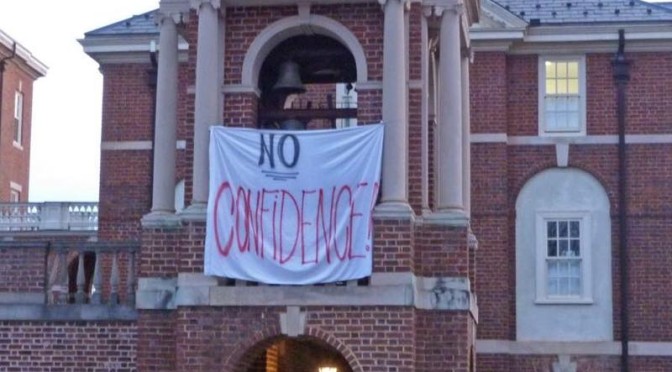 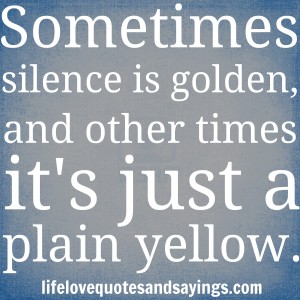 Anyone part of a College, University or nonprofit would like to feel that their Board of Directors has the institution’s best interests at heart.  It is hard to think this is true when a Board of Directors takes the shocking and extreme action of closing an institution.  This is the case at Sweet Briar College.

I wrote the following  letter to the Alumnae Board (via a staff member in the office who promised to forward it) and have, to date, not had a response.  While I have addresses for individuals on the Board, I felt going through the office was the most respectful approach.  I am posting it here in an effort to invite a response from any of them individually or collectively:

Thank you for taking your valuable time to speak to me about the status of the Alumnae Association and the Alumnae Board.  As promised, I am summarizing the points (and questions) I’d like to make below:

I realize everyone is very busy, but I would appreciate very much the courtesy of a reply.
Kind regards,
Stacey Sickels Locke `88

I have not received any response to my letter and I suspect I will not.
There is a post on social media of an Alumnae Association Facebook group (below).  Their letter is here, but I would assert is NOT the kind of action we need.  Shedding tears, listing and digesting news is not enough when you are a leadership group representing stakeholders.  Planning a Reunion is certainly admirable, but now is a time for ADVOCACY.

As your Alumnae Board, we learned an hour before everyone else about the Board of Directors’ decision to close the College this summer. We have spent the past weeks digesting that news, talking with classmates, engaging board members and shedding more than a few tears. We have been impressed by the passion and energy that alumnae are bringing to this moment, whether they are backing the legal strategy behind the Save Sweet Briar movement or supporting the Board of Directors’ efforts to bring an orderly closure to the campus.

Through meetings, phone calls and emails, we sense that all alumnae agree on a few points: Everyone wants to support current students, provide for faculty and staff, and preserve Sweet Briar’s legacy. The Alumnae Board hopes to provide a space where the entire Sweet Briar community finds common ground and works collaboratively.

We are also working to evolve the Sweet Briar Alumnae Association into an independent entity that can serve everyone with an enduring commitment to the ideals of Sweet Briar and the vision of educating young women.

Actually, we do NOT agree on much.  The fact that the Alumnae Board says they learned only an hour prior to the Board of Director’s decision means that the members of the Alumnae Board who serve on the Board of Directors must not have thought the Alumnae Board should have a voice or a role.   We do not all agree that the role of the Alumnae Board is to support current students, provide for faculty and staff and to preserve Sweet Briar’s legacy.    The role of an Alumnae Board should be bolder than all of that and focused on alumnae needs.
Here are a few suggestions for the Alumnae Board. PLEASE, be a leader and not a passive audience of the attempted dissolution of our College.  Consider the fact that if the #saveSweetBriar movement is successful, there may still be a College and alumnae to serve.  Which side of history would the alumnae board like to sit?
1.  Acknowledge there is a difference in opinion and strategy between the alumnae behind the #saveSweetBriar movement and the alumnae on the Board of Directors who supported the closure.   Even if you cannot condemn the decision (which I personally would appreciate), acknowledging the large number and passion of the women would be appreciated.  Recognize the amazing dedication of the alumnae being expressed.  Note the fundraising commitment.  Be part of this historic wave of alumnae connection and advocacy.
2.  Call publicly on the President to use more respectful language when speaking of the large movement of alumnae.  Using terms like “small” and “irrational” and “overwrought” is sexist and disrespectful.  “Well-intentioned” isn’t in the family of appropriate language either.   It would show leadership for alumnae, students and women everywhere to call out disrespectful language where it exists, even if that language is not intentionally sexist (many in the majority do not realize when they are being offensive).
3.  Acknowledge the pain expressed by current students and alumnae of color at the way the President has described the “changing demographics” of Sweet Briar  as negative.   Acknowledged that diversity is a strength of Sweet Briar and that some of his comments have been interpreted as racist by students, parents, alumnae and leaders in higher education outside of Sweet Briar.   It would show leadership for students, alumnae  and people  everywhere to call out disrespectful language where it exists, even if that language is not intentionally racist  (many in the majority do not realize when they are being offensive).
4.  Call on the President and Board to comply with the mandates by outside parties to preserve records and to respond swiftly to any possible legal action.
5.  Advocate for donor intent.  The majority of the contributions in the current endowment were made by alumnae.  Realize that the Alumnae Association has an important role to protect and defend the rights of alumnae donors.
6.  Call for better and more thorough research by independent parties rather than support the decisions of the Board of Directors which has relied on what may be questionable “research”.    Be public about what information the Alumnae Board has – or has not received – with respect to the Board of Director’s decision.  If a lack of information does not allow you to support their decision or make an official comment, state that.
7.  Exercise indepence.  Request a briefing by the Forensic Accountant when those financial findings become available.  Request a briefing by Professor Dan Gottlieb who has dug into the “data” submitted by the Board and raises grave and essential questions.   If the Alumnae Board has questions regarding the financial statements and conclusions used by the Board of Directors to close Sweet Briar, say it and request additional review.  Take back the Alumnae Board’s financial holdings within Sweet Briar and reestablish your financial independence.
8.  Recommit yourself to your charter and mission.  Re assert your independence of the College.   I would remind the Alumnae Board that you should represent the wishes and voice of the alumnae, not employees or any other stakeholders of the College, even if that is difficult given that the Alumnae Board is staffed by College employees.   You may have an independent role to play in the future, even if that future is only to gather alumnae.
9.  Review the mission of Sweet Briar College.  Consider the role alumnae leadership should play.  Articulate that role.   I would urge advocacy.  Current students and parents have a short-term need for their daughters to finish their education.   Faculty and staff are incredibly dedicated, but they also have a financial relationship as employees of the College. Alumnae have an important role to care about the long-term of an institution – they receive no “benefit” from their affiliation.  Alumnae have a critical role in saving the College now.
10.  Allow individual members of the Alumnae Board to speak.  Do not allow silence to be your message.  If you cannot speak as a unified Board, allow people to resign and speak individually.  Alternatively, issue a statement that you cannot agree and that there is a difference of opinion.  If necessary, disband yourself and acknowledge who IS speaking on behalf of alumnae (I would assert that the only alumnae leadership right now is Saving Sweet Briar and those stepping forward through social media).
Alumnae Board, your alumnae NEED you, your leadership and your independence right now.  Why the silence?  Let’s hope this quote is true for you:

“Silence is the most powerful scream” — Anonymous

Stacey Sickels Locke is a proud graduate of Sweet Briar College, Class of 1988.  She served as an employee of the College in the early 1990s working on the $25 million Campaign.  During that time, she solicited many leadership gifts which make up the current endowment and she feels a sense of duty that those donations are not used for the closure of the College or for any other purposes than the donors intended. Since then, she has spent her career building support for higher education and the nonprofit community as a staff member and consultant for boards.  As a volunteer, she has served Sweet Briar since graduation as a fundraiser, admissions ambassador and now advocate for the #saveSweetBriar movement.  She is a member of the Association of Fundraising Professionals (AFP), the Council for the Advancement and Support of Education (CASE) and holds a Certified Fund Raising Executive (CFRE) certification from CFRE International.