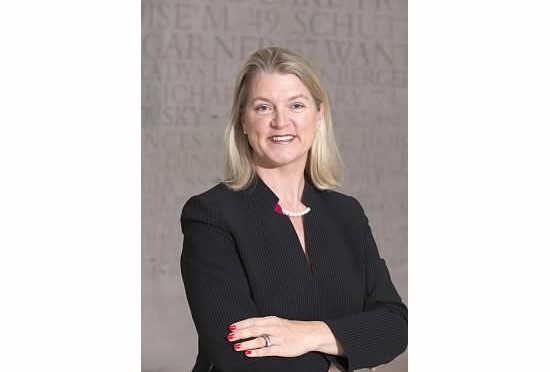 James Jones sent a letter to the American Association of  University Professionals and posted in on the Sweet Briar website.

Read the letter to the AAUP

Dear Mr. Jones,I was sent a copy of the letter you sent to the American Association of University Professors. I write to draw your attention to an error in your letter and call for you to cease saying something that does not reflect well on you. While I do not know you personally, I write out of respect for the office you hold. I did want to write to you – and board members writing in national media — so that you could avoid continued embarrassment. By way of introduction, I have worked in fundraising and higher education since Sweet Briar (25+ years) and I also worked at the College in the 1990s. I was on the call when you spoke to alumnae after the closure and shared with you my experience working at another institution that was honest with alumnae when it faced challenges. As you may recall, that institution now thrives. Since March 3, I was concerned about this “feasibility study” you referred to on that call and board members continue to refer to since then. As alumnae who were interviewed started to come forward, as I learned staff made the calls, as I heard comments you and board members making, my concern grew. Initially, I was critical of the firm and the consultant on the survey as I could not believe the firm would conduct a survey with such poor methodology. I believed you when you said you had a feasibility study – until I spoke to the firm and realized you did not.Sweet Briar College does not have a “feasibility study” in the Donor Insight Survey conducted by Grenzebach Glier and Associates. I have spoken to the firm and to the principles charged with the study. They were charged, as you may know, from the former President, Jo Ellen Parker. The methodology for the survey is not designed to draw a conclusion about fundraising amounts. The charge was simply to interview donors about possible strategic planning directions. Staff conducted the meetings which, as you must know, is not customary or considered reliable (neutral consultants conduct feasibility interviews under confidential agreements). As you must know from your past experience, a fundraising feasibility study has specific methodology to be able to draw conclusions about what might be raised for a campaign. I give you the benefit of the doubt – I assume that you, Vice Chair Wyatt and other board members THOUGHT you had a feasibility study, but you did not. I understand the firm has asked the College to stop using the term. You can contact them for further clarification. The most you could draw from this survey is that fundraising ALONE might not be enough to help the College’s financial challenges (other revenues streams are also critical); that alumnae would embrace change; and that alumnae would continue to give. The firm was just as shocked as the rest of your stakeholders with the decision to close. If you read the survey (I have since it is now part of the discovery process), you will see that alumnae would embrace ANY change if it meant “No Sweet Briar at all” and they would give.But you don’t need a survey to know that alumnae will give. Now that alumnae, students, parents, faculty, staff, community and people across America are mobilized, funds are pouring in. I have served Sweet Briar as a volunteer since my graduation and I have never seen this type of engagement and generosity.As another suggestion, it would be nice if the College released on the web the reports on which you have based your decision to close. The Arts and Sciences report, to which you refer in your letter, has not yet been released. Instead of waiting for legal discovery, it would be a nice gesture to make those things available that were paid for with operating dollars (which includes alumnae donations).There is much hope for the future contrary to your perspective. I am sure you, your staff and the board have a very difficult job right now. Obviously, you must know I am on the side of saving Sweet Briar. As a colleague in higher education, I do empathize with the difficultly you all must face now. Finally, in addition to stopping using the term feasibility study, I do ask you to consider an orderly resignation along with the board. At this point, I think your dignity and reputation will be stronger if you do as other strong leaders have done when there is public outcry for change. Jamshed Bharucha, President of Cooper Union College, resigned this week. Five trustees resigned in unison as well. There are countless examples of excellent leaders who went on to positive careers or happy retirements who stepped down when they heard the call. Thank you for considering this request.Sincerely,Stacey Sickels Locke END_OF_DOCUMENT_TOKEN_TO_BE_REPLACED