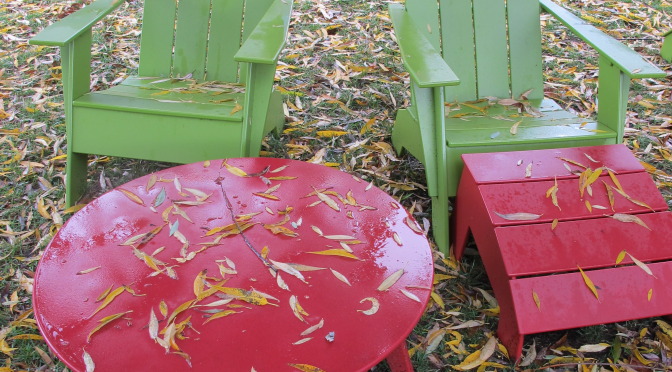 Working as a fundraiser has brought me to some very unique companies and environments over the years, but nothing has been more life changing than spending time in Silicon Valley.

Silicon Valley is a beautiful area south of San Francisco.  Not far from the ocean, near the bay and filled with high tech start ups and successful companies of all kinds.  This is where the hub of innovation currently resides (though we are working to bring some of that to the East Coast).

My work gives me the privilege of working with alumni of all ages – in fact our most generous donors is in his 30s and many of our newest and most generous donors are not much older.  Through them, I get glimpses of what life is like in this area.  It very much depends on your economic situation as to how that life is described.

There isn’t a home to be had for under $1M, according to one of my contacts.  He lives in a townhouse and spends $45K a year on it – renting.  That said, the homes are beautiful with well manicured lawns and have a real charm about them.  The neighborhoods are peaceful.  Charming main streets and towns have developed along the main train line.

Stanford University (and a few other institutions) provide intellectual employment and talent to fuel the corporate needs.  Companies have a hard time attracting – and keeping – talent.  There is always another start-up willing to hire away the best people.  It is therefore unusual and special to see people who have worked together and preserved their team over the years.

A venture capitalist with whom I met recently describes Silicon Valley as having a “Gold Rush” mentality.  That is, people rush here for a bit of the gold like old-fashioned days when people came to pan for gold.  Also, there is a perception that the gold is only here.  So, the talent moves here and so do the funders (some of us are trying to change that building up such a culture on the East Coast).   He said now there are international players from different countries coming in by the plane load to “throw money at start-ups”.  This is seed money.  Class A and B money is much harder to get.

This VC went on to explain that Silicon Valley is also beginning to be harder to read.  When that happens, image becomes more important.  For example, when he first worked for a major company, the early days were software-influenced.  People wore t-shirts and dressed casually.  Good work was easy to see – your code worked or it didn’t.  Technological expertise was transparent. Whereas, as they company evolved to media, it was harder to determine who was talented and capable, so image became more important.  He sees that trend happening now in Silicon Valley.  He relayed a story about a recent pitch he attended where the very well dressed, fit-the-part (gotee, dress shirt over t-shirt, jeans and sport coat) Harvard “drop out” was offered tremendous dollars for a shell of an idea.  Turns out, he had not attended Harvard (he was enrolled in a class at Harvard extension) and his story didn’t fit together in other ways.  For this professional, identifying true talent and quality of idea is getting harder and harder.

Another interesting point he made was that it is harder to market an idea than code it.  “Anyone can code,” he said, “But not everyone can bring that same software to market”.

All this pessimism aside, there are some incredible people in this region from all over the world.  One of my donors, a charming young mid-career professional, works for Google.  She is hard working and balancing two small children.  She is creating a scholarship for students to pursue undergraduate research (which she herself did).  What inspired me about her was not just her thoughtfulness about the scholarship (all aspects of it), but also that she wanted to talk to her son and entire family about it (I later learned that her son is four years old).  What an honor it is to sit with her as she signed her agreement creating a bit of eternity (this will be an endowment).  We signed the document in the midst of a game room at Google complete with a slide in one corner, pool table and four other team oriented games.

Walking outside, we walked past brightly colored umbrella tables in Google colors, brightly colored google bikes and adirondack chairs of all colors.  Evidently some holiday cheer inspired some “Googlers” and they had arranged everything in red and green.

Even thought there is no snow in California and some might say that there is a lack of depth here, my experience tells me otherwise.  This is a place of hardworking people who have created relationships, families and community.  It is a place I would love to live.  If I could afford it.  In the meantime, it is a wonderful place to visit.

For now, I’ll just have a little break in a holiday-inspired adirondack chair.