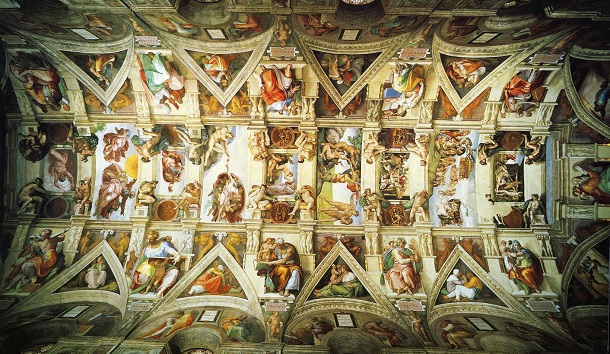 What can you do with that?

In just under five years, Michelangelo painstakingly painted the Sistine Chapel (primarily on his back laying on scaffolding).

Long before there was “Chopped” and “Top Chef”, there was Julia Child.  In 1961, Julia Child graduated from cooking school.  Four years later, her idea of having a cookbook and TV show not only became a reality, she won an Emmy as America’s favorite TV chef.

You and I have exactly the same number of hours per day that were given to Helen Keller, Louis Pasteur, Michelangelo, Mother Teresa, Leonardo da Vinci, Thomas Jefferson and Albert Einstein.” — H Jackson Brown, Jr.

Where do you want to be in 5 years?

On New Year’s Eve, Lyn and I visited Annapolis for dinner.  While strolling the streets still decorated for the holidays, we ducked into a quaint shop (mainly to warm up).  There was a tremendous variety of merchandise from jewelry to handbags to books.

A bright red book with the number 5 on it caught my attention asking the question, “Where will you be…five years from today?”  I bought it.  This seemed like the perfect start to inspire my New Year’s Resolutions.  We started over dinner.  The clock in the steeple of St. Anne’s Church ticked towards midnight.   A light snow drifted past our window.

I love January 1st.  It is my father’s birthday and the fresh start of a brand new year.  I love Sundays.  I love mornings.  I love the sense that I can live into a better version of myself.  Positive thinking & optimism – it is in my DNA.

Growing up as the daughter of an Olympic athlete and the daughter of a sailing captain who traveled the world (seriously! and that was AFTER she had a full career as a teacher), the bar was set high for achievement.  Good grades were expected.  Academic merit and creative work was inspired.  I grew up a competitive figure skater and competed until pretty recently.  I’ve set goals for as long as I can remember.  Before that, they were set for me.

So, it is nearly February and I haven’t cracked the book since January 2nd.  I’m feeling a little guilty; however, tonight I feel re-inspired. I think it is the fitbit graph that calls me to enter itty bitty bits of progress and data throughout my day (purchased just a week ago).

Each year life offers itself to us in an endless number of ways.  Each moment comes to us with both hands filled with gifts, marvels, opportuniteis and adventures — but we seldom see or accept more than a tiny fraction of the exciting possibilities around us….  This book celebrates the “want to’s,” the “choose to’s” and the “I can’t wait to’s” in your life…. You are a hero of this story.

Our Country and World is reeling from situations, episodes and terrorism inflicted by individuals and groups .  As I write, the march in France decrying the terrorism against the Charlie Hebdu attacks and the Kosher grocery store in Paris is underway.  In the U.S. episodes between police and perpetrator/victim (depending on how you see it) are making national news and are frequent topics of discussion.

Ahmed Merabet’s (the police officer gunned down by the Charlie Hebdue terrorists) eulogy is worth reading on this topic and I want to share it here in case you did not see it.  This speech by Ahmed’s brother Malek, did not draw the television cameras as the 44 global leaders did, but probably should have.

Here is a translation of his brother’s speech, drawn from multiple sources.

My brother was French, Algerian, and of the Muslim religion. He was very proud of the name Ahmed Merabet, proud to represent the French police, and to defend the values of the [French] Republic: liberty, equality and fraternity.

Through his determination, he had just received his judicial police diploma and was shortly due to leave for work in the field. His colleagues describe him as a man of action who was passionate about his job.

“MADNESS HAS NEITHER COLOR NOR RELIGION”

Ahmed, a man of commitment, had the will to take care of his mother and his relatives following the death of his father 20 years ago. A pillar of the family, his responsibilities did not prevent him from being a caring son, a teasing brother, a generous uncle, and a loving companion.

Devastated by this barbaric act, we associate ourselves with the pain of the families of the victims.

I address myself now to all the racists, Islamophobes, and anti-Semites:

One must not confuse extremists with Muslims. Madness has neither color nor religion. I want to make another point: stop painting everybody with the same brush, stop burning mosques or synagogues. You are attacking people. It won’t bring back our dead, and it won’t appease our families.

Upon reflecting on this, I think about my own religion and a recent case of a senior leader, Heather Cook, striking and killing a very popular cyclist, Thomas Palermo. Rallies have been ridden in his memory and the case has made our local and regional news.  She has been charged with vehicular manslaughter, being drunk and texting while driving.

No one has asked me to answer for her or asked me to speak on behalf of Episcopalians everywhere about her actions.  Is this indicative of a larger problem?  Yes.  Because I happen to be part of a religious tradition that isn’t seen in a stereotypical way (well, it is, but not in ways that impact my daily life and how people treat me).

I’ve worked with and been a part of the Episcopal Church for many years and I’ve known of numerous religious and lay people with drinking problems.  I’ve also known many who have extreme views and have left the Episcopal Church for the Anglican movement.  I attended church in Charleston, South Carolina a few years ago and was horrified at what I heard from the pulpit (blatant sexism and racism and unapologetic condemnation of various groups).  Thankfully, I know that these types of extreme views are not shared by the majority of Episcopalians.

There are many radical Christians who commit murder and hurt other groups in the name of Christianity.  I am not asked to answer for them or seen differently for what they do.

Why is this relevant?

Well, my friends who are Muslim ARE asked to answer for people within their tradition who do extreme things.  These friends are treated differently by their neighbors, community, colleagues because there is a new fear – stereotype – that is applied to members of their religious tradition.

How would I feel if everyone who knew I was Episcopalian thought I was an alcoholic, or that I’d killed people while driving drunk or texting?  Or that I am racist?  Or that I am sexist?  I know this is a pathetic example, but I know I would feel pretty bad and probably also angry.  I don’t even KNOW the Bishop who struck and killed a cyclist in my town.  I certainly don’t think I could answer for her – and wouldn’t want to.

On my Facebook page and in conversations, some of my friends are advocating all sorts of pretty radical responses to the French attacks – which lumps in the terrorist monsters with all people who are Muslim.

So, to them and to those who think this way, I bring to light Malek Merabet’s words and vow to do my small part in bring about a change to the stereotyping, Islamaphobic, and anti-semitic tide.

It stops with me.  Je suis Malek Merabet. 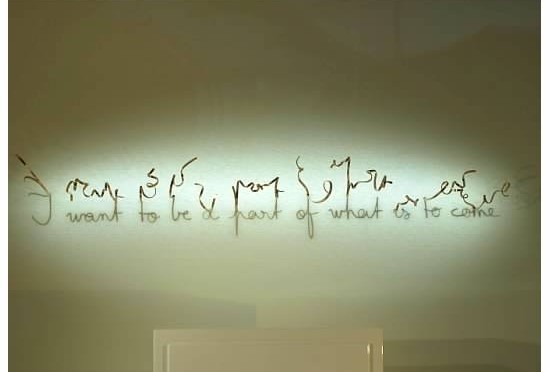 Walking down a street in Geneva, Switzerland is a visual treat.  So much beauty is packed into the architecture, landscaping, sculpture and, in this case, a closed jewelry store.

Lit from above, the twisted metal casts a shadow onto the wall behind.  The metal glints like the jewelry in the cases below it.

I want to be part of what is to come.

What roles in life will change?  I know that all of these roles are important to me:  Wife, Mother, Daughter, Friend, Cousin.  Some of my roles, while important, may not be as expressed as I might like them to be (not a topic to blog about out of respect for those impacted).

My work role is undergoing change.  I do want to be part of what I have created and what is to come as a result of a special gift I helped bring about (thanks to a very generous donor).  The next three years pull me forward with a new building to come out of the ground.

Among the many things I love about my husband, he always has something special planned in the wet cement of the future – what is to come.  I know I want to be part of that.  Travel is always on the list.

This quote also invites me to contemplate futures I don’t want.  But that’s for another post.

What do YOU want to be part of that is to come?

“How can I be substantial if I do not cast a shadow? I must have a dark side also If I am to be whole”
― C.G. Jung

Aside:  After doing some homework with various word searches on Google, I believe I can properly credit the wire artist as Fred Eerdekens from Hasselt, Belgium.  To see more of his amazing artwork, you can google his name.  Truly amazing.