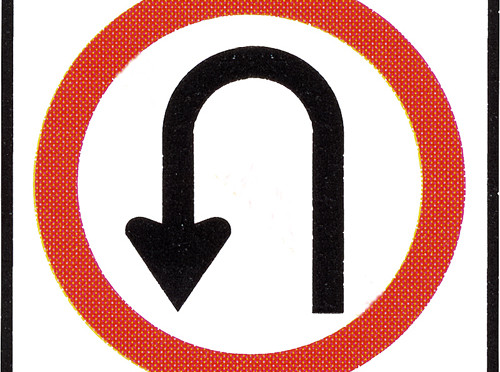 Editor note:  This along with several other posts has been emailed to all members of the Board of Directors with email addresses.

I have written at length about the President and Board’s decision to close Sweet Briar College since March 3.  Initially, the Board refused to provide any data or reports which they used to make their decisions.  This is one of the reasons the stakeholders of Sweet Briar College (students, faculty, staff, alumnae/i, community members, elected officials) have such a hard time accepting and RESPECTING their decisions.  Since then, through legal discovery, various reports have been released.  We are still missing key reports, such as the Arts & Sciences report (which Arts & Sciences included on its client list, but has since removed).

Many people feel there must be something nefarious going on or personal financial gain driving the President and Board.   It may turn out that one or more Board members would gain financially from Sweet Briar College’s sale; however, I think there are two simple reasons we have not seen any flexibility or change:   Saving face and group think.  I also think it is not too late for one or more brave board members to revisit their decision.  Below I provide analysis, examples and a template.

Any person – any body – has a fundamental need for belonging as well as varying degrees of need to be right.  While I would like to think that the board members would begin to question their decision after so much data has been debunked, it is human nature that they would “dig in” to save face and be right.  Steven Stosney, PhD states in an excellent article “Beware of Being ‘Right'”:

Certainty itself is an emotional state, not an intellectual one. To create a feeling of certainty, the brain must filter out far more information than it processes, which, of course, greatly increases its already high error rate during emotional arousal. In other words, the more certain you feel, the more likely you are wrong in some respect.

Mental focus, the foundation of feelings of certainty, distorts reality by magnifying and amplifying one or two aspects of it while filtering out everything else. You might discover more detail about the one or two aspects you focus on, but what you discover will have no contextual meaning, because you have isolated those aspects from their dynamic interaction with the rest of the reality in which they exist. In other words, focus magnifies things out of proportion and blows them out of context.

What I take from this is that people on both sides of the fight for Sweet Briar — to close or to save — are operating with high degrees of emotion and thus less able to see multiple perspectives.  Thank goodness there are neutral and good people engaged at this point.

If you add to the dynamics of a group of people, “Group Think”, the group dynamic becomes even more complex and erroneous.  If each board member is operating to save face and be right, it is unlikely any one would be willing to step forward and revisit facts (though it would be a tremendous move of courage if one of them did).  Group think is common on boards, particularly boards facing challenges.   Group think is defined as:

Groupthink occurs when a group values harmony and coherance over accurate analysis and critical evaluation. It causes individual members of the group to unquestioningly follow the word of the leader and it strongly discourages any disagreement with the concensus.

While it is very rare for leaders to change their minds, there are famous examples.  I offer a few for consideration:

We know from several recent members of the Sweet Briar College Board of Directors that diversity of thought was not embraced. Those with opposing views were encouraged to resign.  This is not a healthy sign for board governance.  Still, the optimist in me would like to think that there would be someone – some brave member – who might be willing to speak out now.  There must be one person willing to admit not being right and lean against group think.  I imagine it could sound something like this:

Since our meeting to close the College, our community has been torn apart.  Lives have been disrupted – students, faculty, staff, alumnae, community and our own.  Legal battles have unfolded.  We began these actions and I think it might be time to revisit the facts and figures on which we based our decision.  We might still make the same decision, but with more transparency and peace.

The reports on which we based our decision have now been analyzed by professionals outside of our board.  There are important questions as to the original charge of those reports and the conclusions.  The figures on which we based our decisions are being restated by our own auditors.  I am having a hard time continuing to justify to myself – and to others – how we could arrive at a unanimous decision with these new facts.  I respect the firms who conducted these reports and my fellow board members; however, I believe that there may have been information we did not know that we should consider.

Beyond the consultant reports we used to make our decision, we now know how our stakeholders would respond to the possibility of Sweet Briar’s closure.  We know students would be willing to stay.  We know faculty would be willing to take paycuts.  We know alumnae would be willing to give — giving more than the Development Office has raised annually in many years.  Sweet Briar College is in the national media.  This kind of exposure and resilience could provide amazing fuel for the future. Now that we know what is possible, I believe we should allow those committed to the future to try.

Now that we know that Sweet Briar College can be both a Trust and a Corporation, we must revisit Indiana Fletcher Williams’ will and work to honor her original intent – a perpetual memorial.

At this point, all aspects of our governance are under legitimate question and review.  Reputable organizations, former board members and professionals continue to raise important issues we should be discussing as a board.  Examples:

I would like to call for a meeting to revisit the vote we took to close Sweet Briar College.  We can rescind our actions.  If we cannot do that, I offer my resignation as a member of this board and change my original vote to an abstention (for lack of proper data and information to justify my decision).  I invite any board member with even a shadow of a doubt at this point to join me in changing your past vote as well as resigning.  If you do not agree with me, I encourage you to share publicly the data and reports you have used to justify your continued adherence to our vote.  Furthermore, I encourage this board to release all reports, including the Arts & Sciences report (which we only had a short time to review and which was collected).

Now, lets assume one of those board members is reading my post.  They may think it is too late.  They may think they have no options other than legal.  They would be wrong.  I also offer a few additional suggestions for the road map:

I, for one, would hail any member of of this board willing to revisit its decision as a hero.  I suspect thousands of alumnae would join me.  I respect anyone on a board who is willing to lean into discomfort and possibly lose “face” by airing a contrary opinion; questioning methodology or findings of a report; asking for reports for numbers on spreadsheets; questioning an Executive Committee making decisions for the group; demanding a revote.  What I would respect the most would be resignation.  Resigning would allow those committed to the future to step forward.

I say to the board of Sweet Briar College, please join us.  This is a great College, she deserves to be saved.  The movement to save her is unlike any stakeholder movement in nonprofit history.  Besides, it’s FUN!  It’s also nice to be on the right side of history.  You’ll sleep better at night and in the years to come when you must face your Sweet Briar sisters…and the rest of the world.

Let’s not get divorced or fight in court.  This brings me back to the wise statements of Dr. Steven Stosney on “being right”,

The danger to….of this way of thinking cannot be overstressed. Seeming to be right justifies the most potent predictors of divorce: criticism, stonewalling, defensiveness, and contempt. It all but precludes binocular vision—the ability to see both perspectives at once—and leads both parties convinced that their partners simply don’t care how they feel. It can be no other way when the goal is to show your partner that you’re right and he or she is wrong.

The ultimate measure of relationship interactions is their level of compassion and kindness. When those fail, it doesn’t matter who is right.

Never judge an interaction….  merely by who’s right. Instead, ask yourself how compassionate and kind you are in the interaction. Spend less effort trying to control your partner’s thinking and more trying to understand and appreciate differences in your perspectives.

See you in Court.

Support the efforts to save Sweet Briar College:  www.savingsweetbriar.com

Read about plans for the future:  www.sweetbriar2.0.com

Stacey Sickels Locke, CFRE, is a proud graduate of Sweet Briar College, Class of 1988.  She served as an employee of the College in the early 1990s working on the $25 million Campaign.  During that time, she solicited many leadership gifts which make up the current endowment and she feels a sense of duty that those donations are not used for the closure of the College or for any other purposes than the donors intended. Since then, she has spent her career building support for higher education and the nonprofit community as a staff member and consultant for boards.  As a volunteer, she has served Sweet Briar since graduation as a fundraiser, admissions ambassador and now advocate for the #saveSweetBriar movement. She raises funds for Saving Sweet Briar, a charitable organization committed to the future of the College  She is a member of the Association of Fundraising Professionals (AFP), is affiliated (through the University of Maryland) with the Council for Advancement and Support of Education (CASE) and holds a Certified Fund Raising Executive (CFRE) certification from CFRE International. 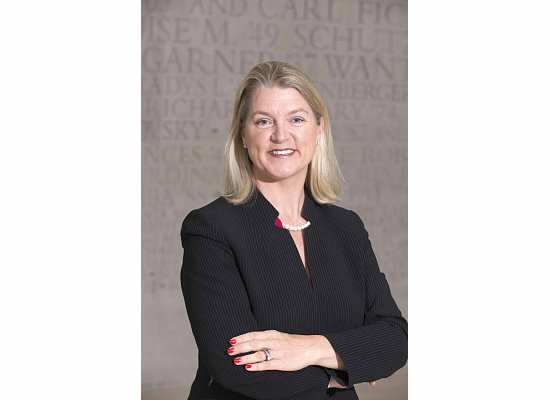